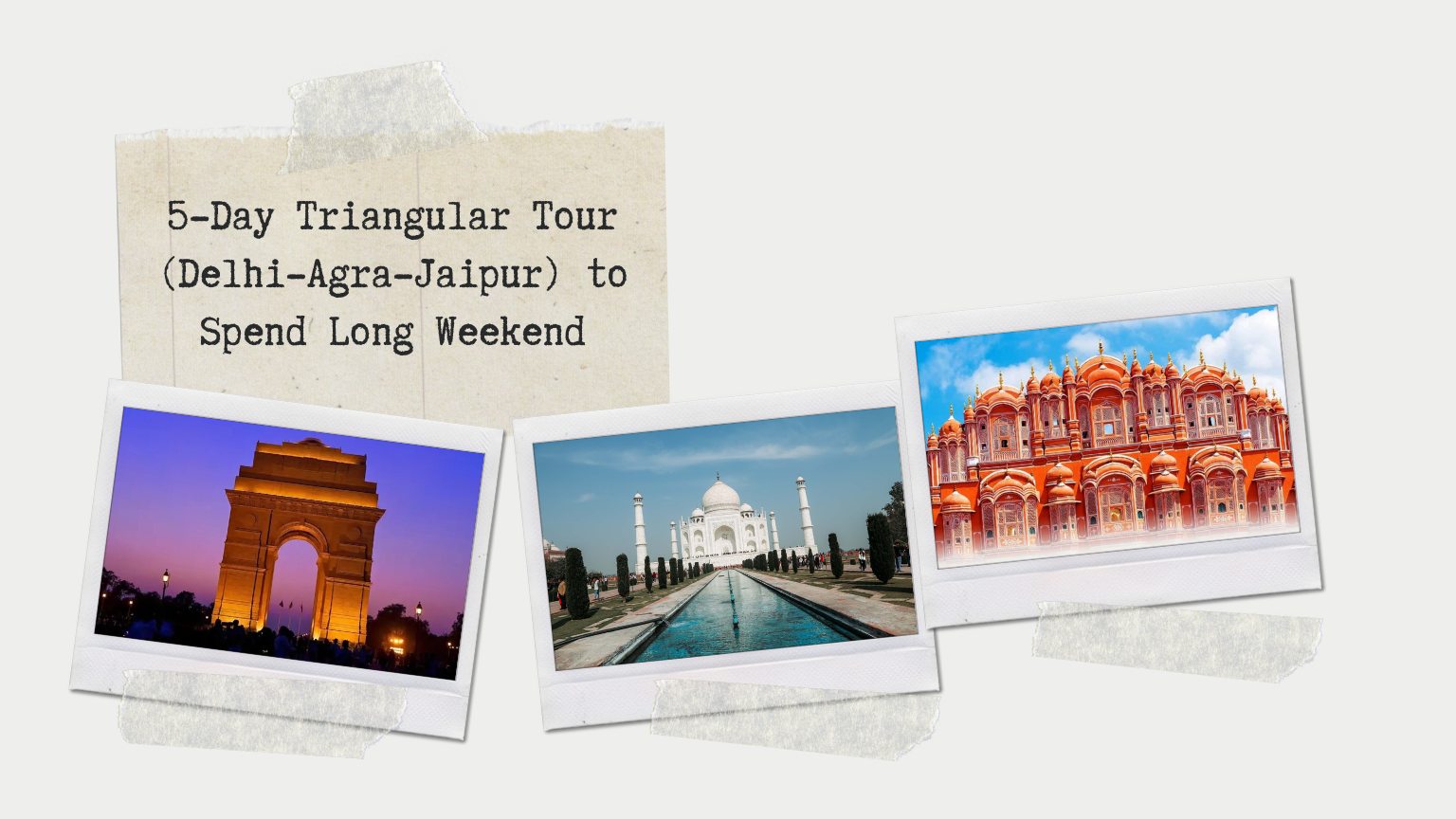 While the idea of planning a tour excites me the most, deciding an itinerary really gets on my nerve. It happens with almost everyone. We all love to start a journey that takes us through one of the finest locations in India. You all might relate to the fact that the journey begins with enthusiasm but till we reach the destination all our joy bleaches away.

Starting the thrilling tour from the capital city of India gives a glimpse of the regal lifestyle of the Mughal Dynasty. From National Rail Museum to the National Gallery of Modern Art, the city houses one of the magnificent arts and culture of India.

A proud UNESCO site is one of the major tourist attractions of Delhi. The architecture and the design of the second tallest museum of Delhi fascinate the visitors right from the entry. The 72.5 m long building is the tallest brick minaret in the world. Visiting the great architecture of the Mughal era is nothing but a treat.

Built in the memory of the second ruler of Mughal dynasty, Humayun Tomb is visited by millions of tourists every year. The architecture of the tomb looks similar to the Taj Mahal and houses 100 tombs in the complex. The inside area of the tomb pleases the visitors and reflects the architectural excellence of the Mughal era.

Once you have explored the architectural grandeur of the Mughals, you can proceed to visit the memorials dedicated to the intrepid soldiers of India.

The 42 meters high building is popular for its resemblance with the ‘Arc de Triomphe’ located in Paris, France. The largest war memorial speaks volume of the valor of Indian soldiers. The incessant flame burns here around the clock in the memory of soldiers who lost their lives in the 1971 Bangladesh liberation war.

Located on the banks of river Yamuna, Raj Ghat is a memorial dedicated to the priest of nonviolence. Raj Ghat is also known as Mahatma Gandhi Memorial is a sacred place where the last rites of the father of the nation were performed on 31st January 1948.

After exploring the beautiful sights of Delhi, move forward to witness the marvelous monuments built by Mughal emperor Shah Jahan.

The famous monument built in the memory of Mumtaz Mahal stands as an epitome of love and devotion. Besides the splendid architecture, the story behind the construction of the monuments has been fascinating the visitors since the 16th Century. The white marble monument surrounded by the lush greenery will keep you engrossed in the beauty.

Another impressive monument built by the Mughal Emperor Akbar is a UNESCO World Heritage Site. The artificial lake, the exquisite courtyard, and scenic views of the Panch Mahal are a sight to behold.

After experiencing the beauty of one of the Seven Wonders of the World, move forward to traverse the pink city of India.

The astronomical observatory was built to predict the movement of heavenly bodies; Jantar Mantar is an amalgamation of fixed stones and was built by Maharaja Sawai Singh II. The sound and light show organized in the Jantar Mantar will take in the history of the pink city.

The last day of the itinerary is incomplete without the distinctive sights of popular forts of India.

The exceptional architecture of the fort helps us take insight into the royal opulence. The fort is a beautiful blend of red and white sandstone and was built by Rajput ruler Raja Man Singh. Perched high on the hill, the fort is one of the prime attractions of Jaipur city.

Carved in the shape of a crown, Hawa Mahal was built by the Sawai Pratap Singh who was the devotee of Lord Krishna. Comprising over 900 windows, the mahal is also known as ‘Wind Palace’. The red sandstone adds to the elegance of the Hawa Mahal and is a unique place to visit while in Jaipur.

Now you have an appealing golden triangular tour to spend a 5-day long weekend. So, what are you waiting for? Start a new journey of your life by going through the prominent cities of India.