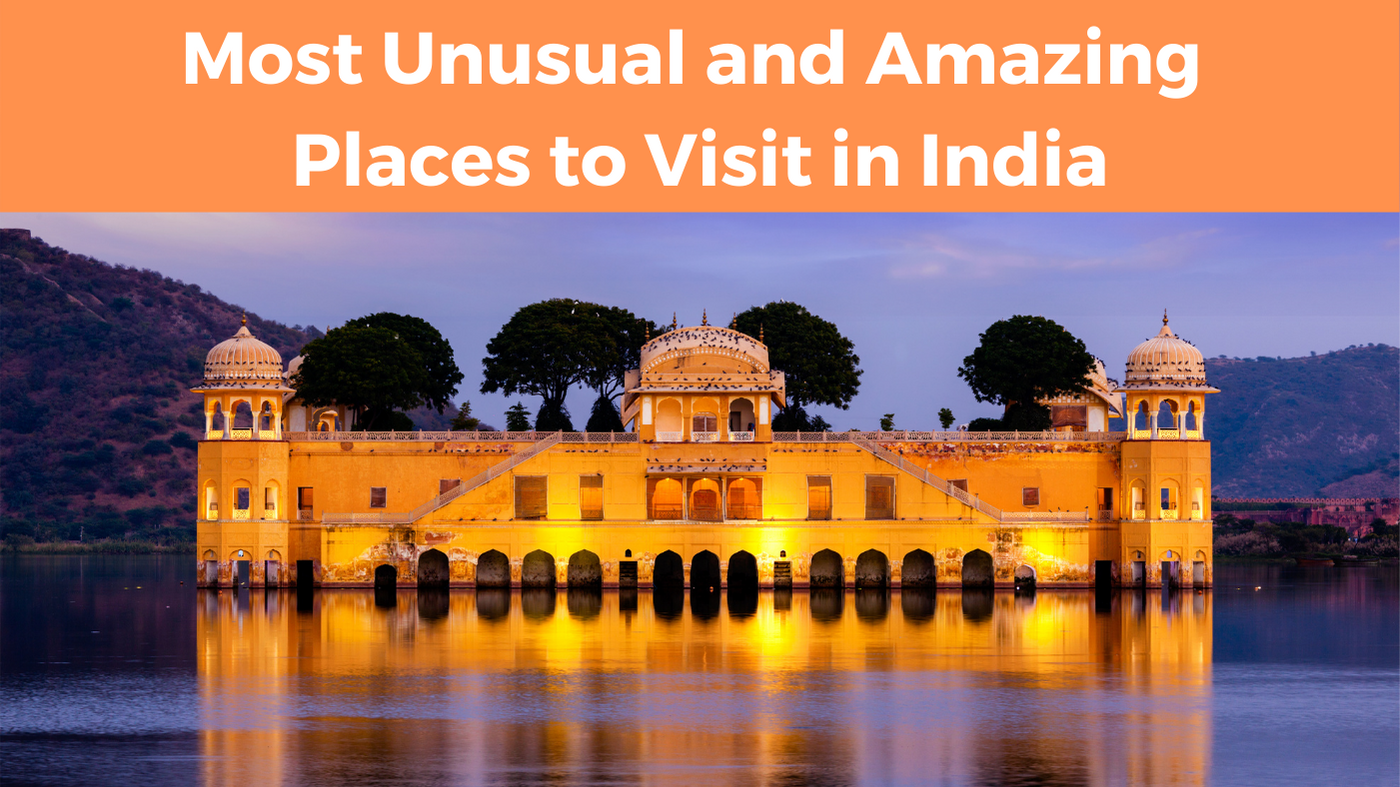 India being an exceptional land has everything that one needs to satiate the travel urge. Everything from high-rise mountains, pristine lakes, scenic views, and lush green land pleases the heart and captivates the mind of travellers. India is popular for its diverse culture, rich heritage, brilliant delicacy, and eternally beautiful architecture. Tourists from the country and different corners of the world flock to experience the natural beauty and cultural diversity of India. Apart from all this India is filled with unusual places that astound the mind to a large extent and leave us thinking. Everyone plan to visit places surrounded by beaches and mountains. So, why not take a tour of offbeat places at times?

Most Unusual and Amazing Places to Visit in India –

Rameswaram is a beautiful town located near Pamban Island that has now become a centre of holy temples and pilgrims. It is a place where Lord Rama’s Sena built a bridge with floating stones. The stones used in the establishment of the bridge had the name of Lord Rama inscribed on them. If you ever get a chance to visit Rameswaram you will surely see the floating stones. Spread over an area of 15 acres, Rameswaram Temple is an epitome of erstwhile dexterity and a prime attraction for tourists.

Built by the Nawab of Awadh in 1784, Bara Imambara reflects the architectural brilliance of the Mughals. Bara Imambara is popular for the maze, known as Bhul Bhulaiya, which is situated on the top floor of the monument. The gravity-defying structure challenges the notion of gravity and the imagination of humans. The appealing monument comprises the Asafi Mosque and Shahi Baoli that catches the eyes of the visitors.

Temples are believed to be crowded by the devotees but Karni Mata Temple is usually thronged by over 20,000 rats each day. Innumerable devotees visit here to worship and feed the rats. Rats wander here freely and are often seen drinking milk. Owing to being home to thousands of rats, the temple is profoundly known as Rat Temple. The popular temple is completely dedicated to a sage lady, Karni Mata, who was the official deity of the royal families of Rajasthan.

Made of rubber tree roots, Living Root Bridges are the most beautiful bridges across the globe. The thick and dense roots provide strength to the bridge and make it robust enough to carry 50 or more people at the same time. The unusual structure of the bridge makes it a proud UNESCO site. The bridges look like grown naturally but they are actually grown by the natives of Meghalaya and gain strength with age.

We all have seen palaces built high on the land. But, have you ever seen a palace floating on water? Jal Mahal is a water palace built by Maharaja Jai Singh II of Amber in 1750. The palace is made of red stone and built in the middle of Man Sagar Lake. The four-storey palace has four only one floor visible and offers splendid sights of nature.

Magnetic Hill in Ladakh is popular for its anti-gravitational effect and optical illusion created by the descending terrain. Well, gravity is a natural phenomenon that pulls everything downwards, but a Magnetic hill completely defies the gravitational law and forces objects upwards. A visit to this unusual place will surely give a life-changing experience.

The Great Banyan Tree in the Botanical Garden of Kolkata is spread over 270 acres and is believed to be more than 250 years old. The enormous tree is the oldest tree in India and the widest in the world with around 3,300 aerial roots expanding over a large area.

Being the largest freshwater lake in India, Loktak Lake is home to a variety of endangered flora and fauna. The captivating lake welcomes 28 species of migratory birds each year which makes it an absolute destination for travellers. Owing to the formation of plumdis, Loktak Lake is also known as a floating river rich in biodiversity.

The most eccentric restaurant will surely frighten your soul as it is the only restaurant in India where you can literally dine alongside the dead. The restaurant is built on the old cemetery and has sitting arrangements for the visitors next to coffins. Just like any other restaurant, the staff cleans the surface and places the fresh flowers on the graves making it an abominable dining place.

Spending a day watching a majestic sunset on the beachside is the dream of everyone. But visiting a beach where the sea disappears in the day sounds incredible. The Chandipur Beach of Orissa is known as a hiding and seek beach because of the unusual phenomenon offered during the daytime. It plays hide and seek with the visitors as the water vanishes magically and returns rhythmically at different intervals.