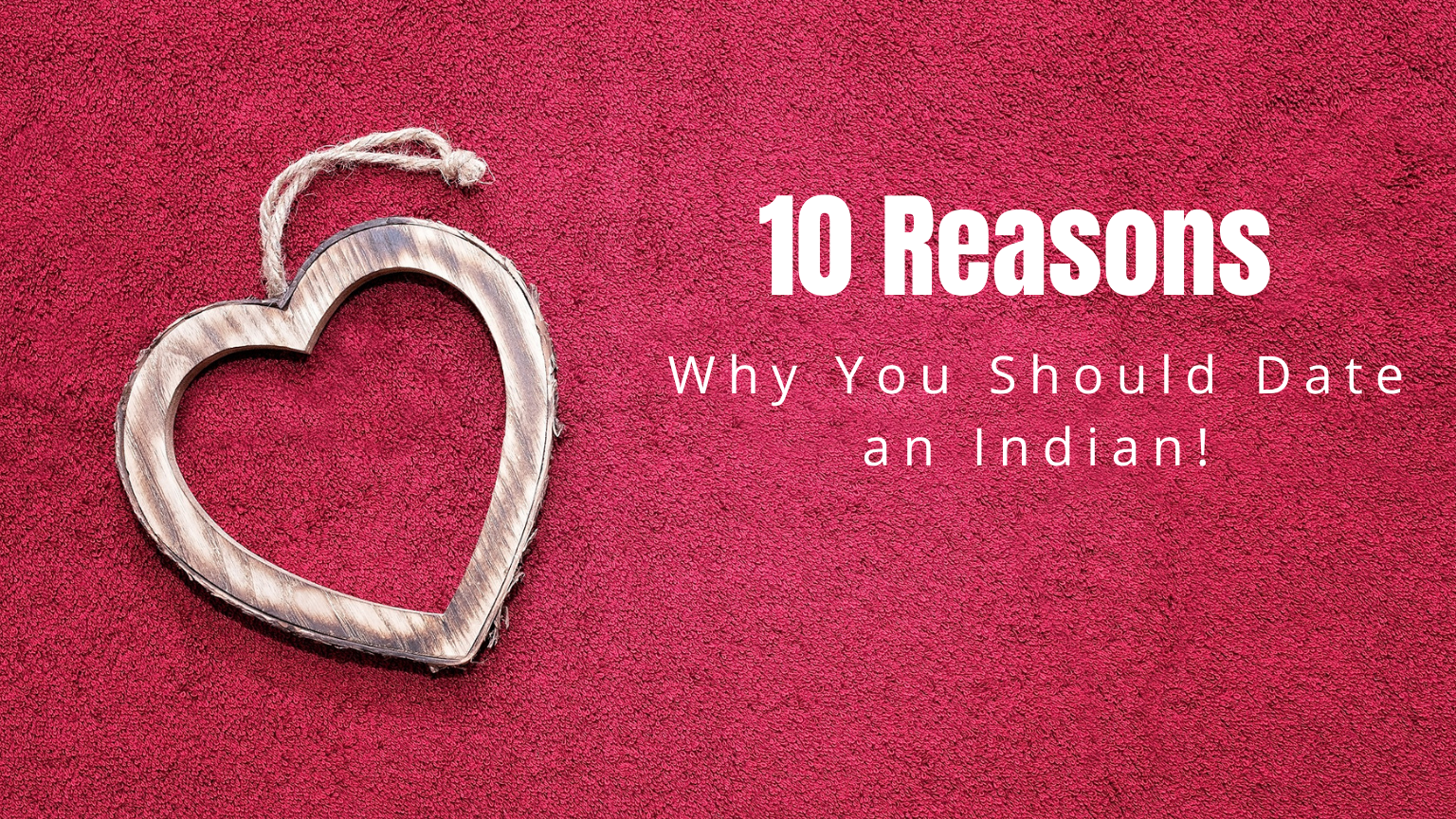 10 Reasons Why You Should Date an Indian | The Wanderer India

Notorious for a unique style of romancing, Indians know the art of winning the hearts of people. With sweet gestures and humble nature, Indians have been successful in establishing themselves in the different corners of the world. When it comes to dating we all want a person that has some qualities such as humor, character, and loyalty. Possession of all these qualities makes Indians a perfect choice for dating. Besides all these traits there are many reasons that you should look forward to date an Indian.

1. Great Sense of Humor and Loyalty

The one quality that differentiates Indians from others is their sense of humor. Indians have a good sense of humor that is enough to make you laugh. Dating a person who babbles about unnecessary things appears to be boring. Cracking jokes and laughing together help build a strong relationship. Raised with morals and ethics, Indians are more loyal as compared to others and loyalty is the foremost thing to build a strong foundation of the relationship.

2. Diverse Range of Culture and Cuisine

India is a land of rich culture and diverse cuisine. Indian dressing style, lingo, lifestyle, and food are enough to amaze anyone. Talking about Indian cuisine, India has an assortment of delectable dishes made with aromatic spices that are predominantly found in India only. In addition to eating, Indians like to feed warmly to their guests and friends. If you date an Indian you will surely get an advantage of learning about the Indian culinary style.

3. Chance to Experience the Exceptional Beauty of India

From Northern to Southern, each region of India is blessed with exceptional beauty and charm. Everything from the soothing atmosphere, high-rise mountains, lush green forests, and fascinating lakes make India a paradise in the true sense. Words might fall short while recounting the picturesque locations offered by India. What else would anyone look for?

Unlike western countries, Indians do not believe in the idea of living alone. Almost every Indian family stays together and shares a beautiful bond of love. Dating an Indian means bonding with the parents, siblings, in-laws, dozens of uncles, aunties, and club of cousins. The conviction of living together forms an unshakable bond between the families. When you live with your elders you ought to respect their desires. This shows that Indians have never been taught to disregard the wishes of anyone.

Indian wedding means an extravagant affair that lasts up to four or five days. Being a cultural country, India has a plethora of rituals performed before and after the wedding. The songs of weddings, customs, and a variety of dishes are rarely found in any other country. So dating an Indian means experiencing all that you never experienced before.

6. The Flair of Haggling

Going shopping and buying products without bargaining does not happen in India. Indians have an unmatched talent for haggling with vendors and shopkeepers. Almost every Indian possesses this unique talent and loves to haggle to save hard-earned money.

7. Plenty of Festivals and Celebrations

A year has twelve months and every month has two or three festivals. Being a diverse and secular nation, India celebrates countless festivals in a year and each festival comes with the joy of holiday. When it comes to merry-making, Indians do not need a reason. Be a son gets a promotion or a neighbor bought a new home, all Indians look for is a celebration. Dancing consistently on the favorite Bollywood song is the traditional way of merry-making in India.

We, Indians are diehard fans of cricket. From jumping in joy to a boundary hit to biting nails for a wicket is a common scenario while watching cricket on the television. Each time the Indian team gets on the playing field, the crowd gathered in the stadium start hooting like anything. Dating an Indian will surely make you cricket frenzy.

One thing that surely makes Indians stand from the crowd is their ability to fulfill a relationship. This exceptional quality is the reason that very fewer cases of divorces are reported in India. Indians believe in building a strong foundation of relationships that last for life.

With the increasing rate of literacy, Indians have been able to form robust careers. So dating an Indian will surely give you an opportunity to have a secured future. Apart from this, Indians are notable for their peerless intellect all over the world. From raising a business to leading a company, Indians give tough competition to world leaders.